Crime Patrol actress Preksha Mehta (25) committed suicide at her residence in Indore, Madhya Pradesh. The actress, who had appeared in several shows including Meri Durga and Laal Ishq, reportedly hanged herself from the ceiling fan on Monday night.

Her body was found hanging the next day by one of her family members. According to reports, she has left a suicide note but not mentioned the reason behind taking such a step.

Reportedly, the actress went into depression due to no work during lockdown. She had returned to her hometown due to the spread of coronavirus in Mumbai. Preksha’s last message on Instagram read, “Sabse bura hota hai, sapnon ka mar jaana.” 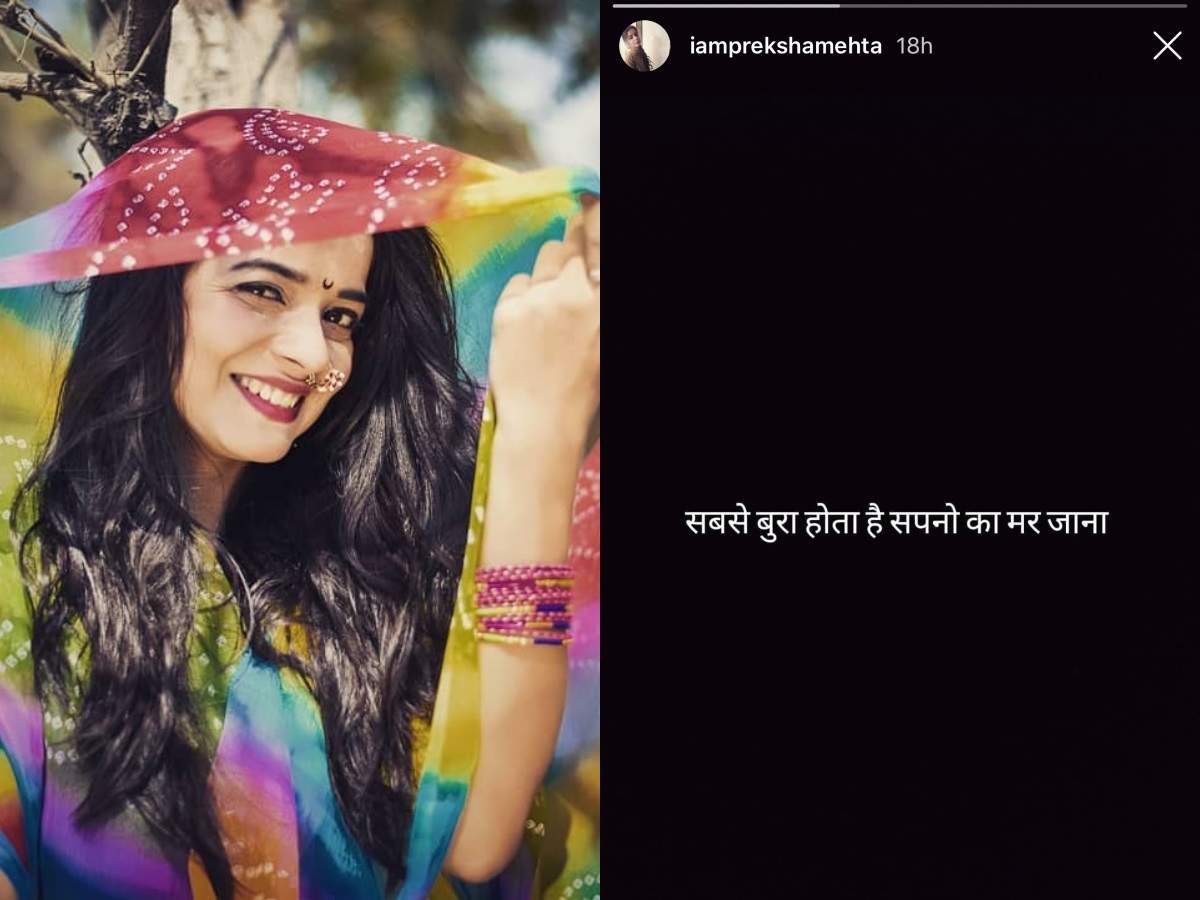 The news of her death was confirmed by actress Richa Tiwari.

It’s only recently that even TV actor Manmeet Grewal comitted suicide due to depression as the projects he had in hand got stalled due to the lockdown, and he was facing a difficult time financially.